Here Is Some Good News For Honda Fans - EV Motors

Here Is Some Good News For Honda Fans

Honda has been in the news recently since the company’s CEO announced that the brand will be going for an all electrified approach by 2022.

This means that after the current year, Honda will only be producing vehicles that are either fully electric or at least hybrid.

A Big Decision By Honda

Countries and governments around the world are imposing restrictions on the sales of internal combustion engine vehicles in the future.

Deadlines have already been set after which the automakers won’t be allowed to offer their conventionally powered vehicles.

The European Union has set this deadline as the year 2035 and this is why Honda has decided to stop the sales of all of its internal combustion engine vehicles globally by 2040.

Honda Has A Dazzling Future In Europe

Honda’s potential especially in Europe is extremely bright because the company is fully aware of the challenges that it might face in the upcoming years in sales especially on this continent.

As Honda has a tradition of offering extremely high value to money vehicles, it is not a new name in the European market.

The EV segment is thriving in Europe and the special grants being offered by the different governments in this region are helping in promoting EV sales.

As Honda has already been putting in a lot of resources into the development of this segment, the company has high aspirations. This is also one of the reasons why experts believe that the future of Honda in Europe is especially very bright.

Honda is rolling its game in the right direction and its Honda E vehicle is a great example that the company knows what it is doing.

Most Attractive Vehicle In The World?

Dubbed by many as the most attractive vehicle on the planet right now, this cute little car has everything that makes it extremely imposing and eye-catching.

Being a premium vehicle, the Honda E does not carry the price tag that you would expect for a vehicle of this size.

The base variant of the car carries a price tag of around 40,800 Eur which puts it in the territory of relatively expensive vehicles.

Attractive Features Of The Car

The rapid charging feature of the Honda E, while utilizing a 50-watt charger, provides sufficient charge in just 31 minutes to take the vehicle from the low battery indication to 80% charging. 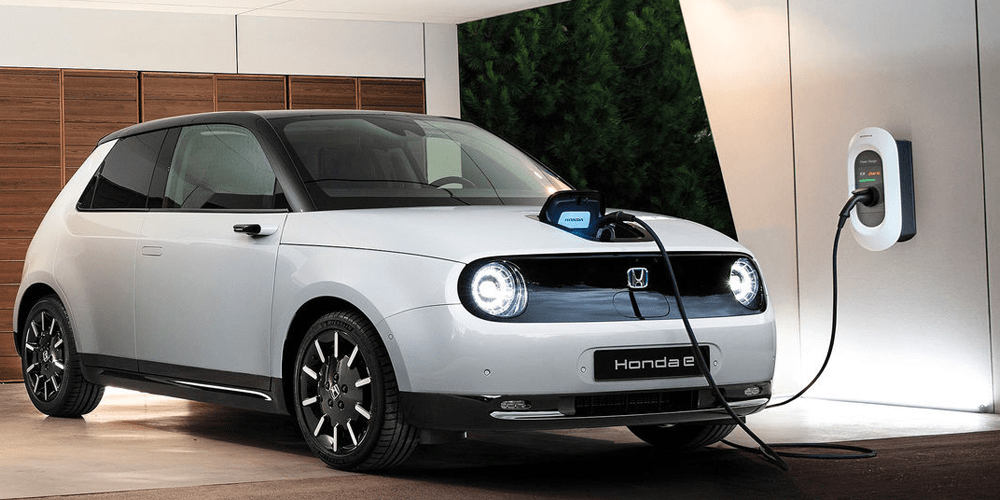 Acceleration Isn’t Impressive But Does It Even Matter?

The 0 to 60 time of 8.3 seconds might seem disappointing for an electric vehicle. However, when you consider that the sole purpose of its existence, is economical urban driving, it all starts making sense.

Even the design language of the vehicle is a mixture of retro and modern features.

The door handles flush into the vehicle’s body to minimize the drag force and the side mirrors have been replaced by cameras along with screens which gives a highly futuristic look to the vehicle.

Parking Pilot Is Handy For Urban Use

Parking pilot is another great feature for this urban state-of-the-art electric vehicle and provides great assistance to drivers during everyday city usage.

Choose The Color You Want

With the option of choosing from five different colors, it offers great customization options to owners.