Toyota Rolls Out Its First EV Toyota BZ4X For Lease Only

Toyota was still a laggard in terms of battery electric vehicles. However, the company has recently launched the BZ4X in Japan. The vehicle is the first-ever mass-produced BEV from the company.

Toyota has decided to go with a unique approach regarding the BZ4X. The vehicle will only be offered on lease. This is Toyota’s way of addressing the common apprehensions that customers have about EVs.

Factors Leading To This Decision By Toyota

The company believes that going down this lane will reduce driver concerns about the battery life of their cars. Besides this, it will also help when it comes to addressing resale-value related problems.

Japan is still one of those countries where the EV segment has not been able to make much of an impact.

Until recently, just 1% of the new vehicles sold in the country were EVs. This number is much lesser than other developed nations of the world.

However, Toyota felt the need to introduce the BZ4X as other automakers including Tesla were now taking away a major share that could have been initially occupied by Toyota itself. 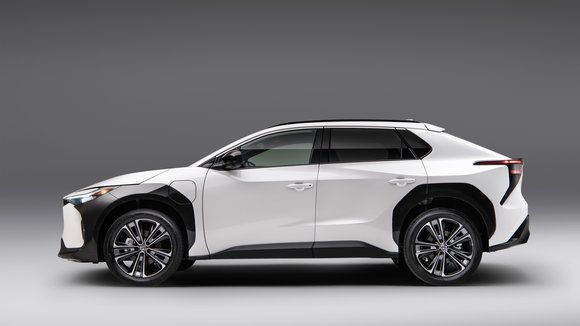 How Many EVs Are Expected To Be Leased By Toyota This Year?

The company is planning to lease around 5000 EVs during the current financial year. It is worth noting that this number is almost the same as the Tesla vehicles sold in Japan in 2021. This shows what Toyota has in mind.

What Does The Leasing Deal Include?

According to details, Toyota has bundled several aspects into the deal which now includes:

Toyota has already expressed its plans of using around €57.88 billion (£49.28 billion) for expanding its electric vehicle segment by 2030.

The Toyota BZ4X will be offered to European customers by the end of the current year.

Why Is Toyota Adopting The Leasing Approach?

Toyota believes that by following a similar pattern, it will also be able to not just augment the EV segment in Japan but also bolster its sales in general.

Experts say that first-time customers are afraid of how the EV batteries perform and this is why Toyota is trying to dispel the anxiety.

Why Is The Toyota BZ4X So Momentous?

Toyota has been on the high tide with its hybrids and hydrogen-powered cars for a long time now. However, it severely lagged when it comes to EVs.

But the BZ4X is Toyota’s answer to all those flaking the company for not entering this segment yet.

That’s why the vehicle aims to deliver a lot and to meet the high expectations of Toyota fanboys.

The vehicle’s name is bizarre but it surely is a head-turner thanks to its SUV body type and great external design aesthetics.

The trapezoidal grille on the front distinguishes the vehicle from competitors and gives it an aggressive stance. The black plastic cladding over the wheel arches provides the vehicle with a bulky look.

The resemblance with the Subaru Solterra is uncanny while the height is slightly lower than that of the RAV4. However, lengthwise, the BZ4X is larger.

The Toyota EV is offered with two options

This Toyota EV is offered to customers in two trim options which are:

The single motor vehicle has a 150 kW motor and is expected to have a 0 to 97 kph acceleration time of under 7 seconds.

The top tier model has 160 kW which is not impressive considering that you just get 10 additional kW power with an extra motor. This vehicle does the 0 to 97 kph in around 6.3 seconds.

The battery packs and range of the two variants of this Toyota EV are as follows:

Toyota To Launch 67-Year-Old Crown With SUV Version
Toyota already has a large number of SUVs including the Land Cruiser, Prado, 4Runner, Fortuner and the Sequoia to name a few. Thus, one would not expect that the company would be interested in launching a new SUV based on one of its oldest cars. However, Toyota has decided to surprise its fans this time.…
8 months ago
Read More

Polestar 2 vs Tesla Model 3: Which EV Is Right For You?
While Tesla has been the trailblazer in the EV segment, other companies have also joined the bandwagon. One such example is Volvo’s performance brand dubbed Polestar. The Polestar 2 is the company’s first all-electric vehicle and this makes it a perfect competitor for the Tesla Model 3. So here we see Polestar vs Tesla to…
6 months ago
Read More